Bones Southwest is very fortunate to have an outstanding rhythm section for our jazz repertoire. These three players are each skilled and dedicated players who elevate the ensemble sound of the trombone section and make it fun for all of us to play. 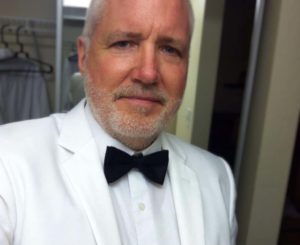 Steve studied Percussion at the Oberlin Conservatory and the Eastman School of Music with Professors Michael Rosen and John Beck. As percussionist/associate principal timpanist and drum set artist, he has performed with the Phoenix Symphony for over thirty years.

In Europe, Steve has recorded and toured twice with the North German Radio Orchestra (Hannover), performing with Al Jarreau, Ray Charles, Bobby McFerrin, and Patricia Kaas. He has also toured and recorded with the Kalamazoo Percussion Trio throughout Germany. Back in the day, Steve marched in DCI Finals and placed sixth in the DCI Individual snare drum competition.

Steve is also the principal percussionist with the Arizona Musicfest Festival Orchestra, where he performs with fine players from this country’s top orchestras. Steve has served as the drummer for many of Phoenix’s great Big Bands including the Jimmy Dorsey Orchestra, the Extreme Decibel Big Band, and the GCC Night Band.

Steve has taught at the Festival of Young Artists in Bayreuth Germany and is presently on the faculty at Grand Canyon University. 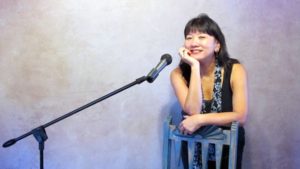 Pam Morita got hit with the jazz bug as a graduate classical piano student when she heard Joe Williams sing with the Count Basie Band at the University of Illinois at Urbana-Champaign. The band swung so hard that it influenced Pam to pursue a career in jazz piano and voice. At that moment she knew she had to play jazz!
​
A professional pianist/singer in Chicago since 1980, Pam played at the Drake Hotel, Park Hyatt Hotel, the Fairmont, the Palmer House as well as well-known jazz clubs such as Andy’s and the Green Mill. In 1985 she traveled to Sweden where she played/sang in clubs around the country as well as onboard the Silja Line Cruise Boat, which sailed between Helsinki and Stockholm. In 1994, she moved to Norway where she met such Swedish jazz artists as Ronnie Gardiner and Johan Setterlind who recorded her first CD, “Strings that…” with her. In 2000, Pam moved to Phoenix primarily because her parents lived there. Since moving to the Valley, she has played in the C.C. Jones Orchestra and performed with such musicians as Dennis Rowland, Sherry Roberson, Felix Sainz, Dennis Sexton, Dom Moio, Dan Tomlinson, Bob Lashier, Paul-Eirik Melhus, Richard Palalay, Andy Gross, Ben Hedquist, Selwyn Reams, Vismaya, Alan Ames, and Adam Roberts. Pam’s repertoire consists of jazz standards, pop, originals, and classical music. She plays solo as well as with groups and does private parties, weddings, and events.

Presently, Pam teaches Jazz Piano and Jazz Chamber Ensemble at Paradise Valley Community College and teaches Group Piano at Scottsdale Community College. She is currently the Director of Nash Futures, a youth program ages 10 – 17, where they learn jazz improvisation. She has a private piano studio and is the pianist for Cross of Christ Church in Anthem, AZ.

Pam was a Nordstrom pianist for 5 years (as a soloist and with trios). She has played at the Top of the Rock Restaurant, Glendale Gaslight Inn, the Estate House, Cartwright’s, Chandler Jazz Festival, 98 South, the Phoenix Music Festival, the Borgata, the Phoenician, the Biltmore, West Valley Art Museum, Scottsdale Artwalk, Eddie V’s, Dahl & DiLuca, the AZ Union Hall, Sacred Grounds Coffee House, the Wrigley Mansion, Kazimierz, and the Kerr Cultural Center. Recently she has done Tribute shows with bands at the Nash such as “Tribute to Ella”, “The Music of Jimmy Van Heusen”, and “A Song in my Heart: the Music of Rodgers & Hart”. In 2004, she started a jazz jam session for kids where professionals and youngsters could play together. “Pam’s Jam” started at Barwinkles and ended at the Glendale Library, a span of 2 years.

Pam received her Bachelor’s and Master’s degrees from the University of Illinois in Urbana-Champaign in Piano Performance. She has taught both jazz and classical piano for many years and has worked with jazz ensembles at high schools in Glendale. 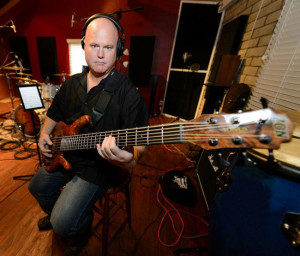 Rob Wren started his music career growing up in So Cal, majoring in Trombone Performance at Cal State University Northridge, where he played lead and jazz trombone in the nationally acclaimed Jazz “A” band. After leaving CSUN, Rob embarked on a professional career that allowed him to share the stage and studio with many notable musicians, from legends such as Mel Torme, Rosemary Clooney, and Buddy Greco, to jazz greats Pete Christlieb, Wayne Bergeron, and Bill Cunliffe.

In the late 1990’s, Rob also became heavily involved in music technology, becoming Director of Multimedia Development for the leading music education publisher Alfred Publishing Co., for whom he developed a myriad of critically-acclaimed, best-selling CD-ROMs, DVDs, and other computer-based products.

In recent years, Rob has shifted his focus back to performing and can be heard playing electric bass with numerous jazz, rock, and pop acts throughout Arizona.